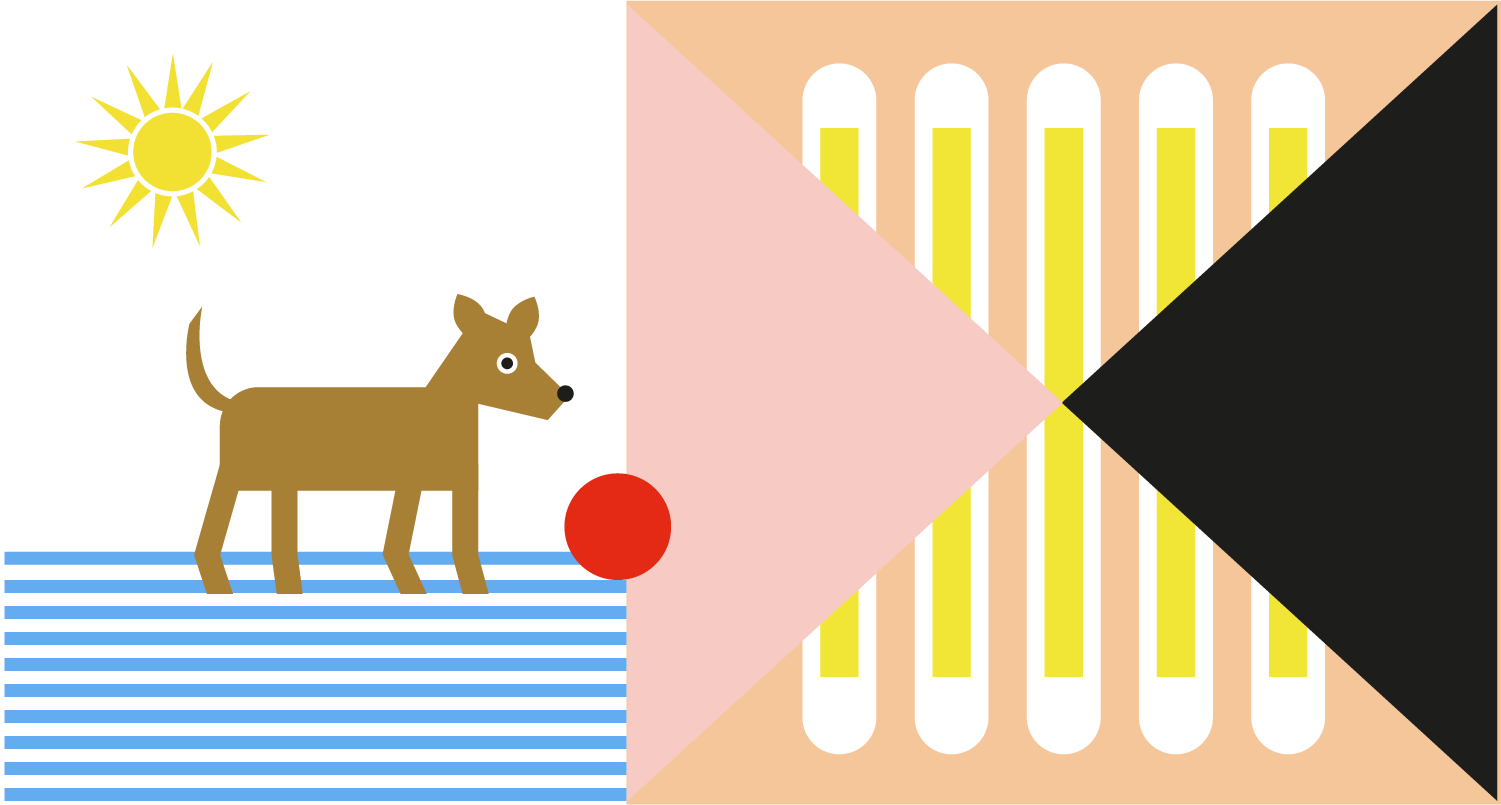 FROHE BOTSCHAFT: We have reached around 30 million people a year through broad reporting, involving probands and arranging interviews and TV appearances. In addition, there were placements at symposia and conferences.

The web portal Selfapy is Germany’s first psychologist-led self-help program, offering face-to-face conversations with psychologists over the phone – until the right therapy spot is found.

Press Work: For us, it is a matter of course that we always try to place our clients’ issues in a broader context – socially, politically, economically. In order to generate a high news value and attention, we are not afraid to formulate demands together with our clients and to take an attitude. As a result, the ZDF format Frontal21 (watch here) integrated Selfapy into its coverage of the discussion about the care situation for mentally ill people in Germany. In the 8-minute report, the story of suffering of a user is told and the online service of Selfapy is presented. With this TV report, we have created a long-term communication piece that not only attracted the attention of other, wide-reaching media (including RTL Punkt 12), but which will help Selfapy in the future to underpin its social and political relevance (for e.g. in discussions with potential investors). 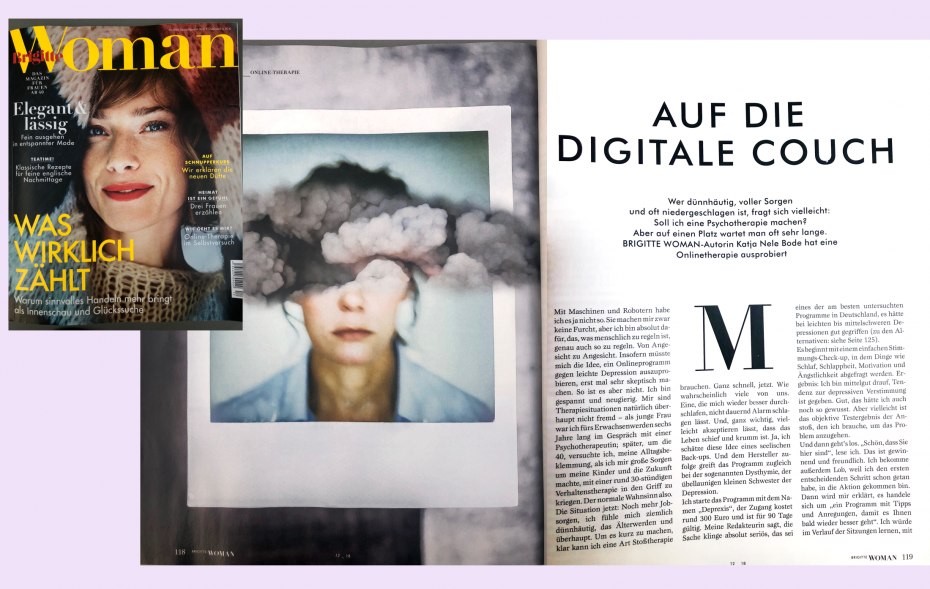 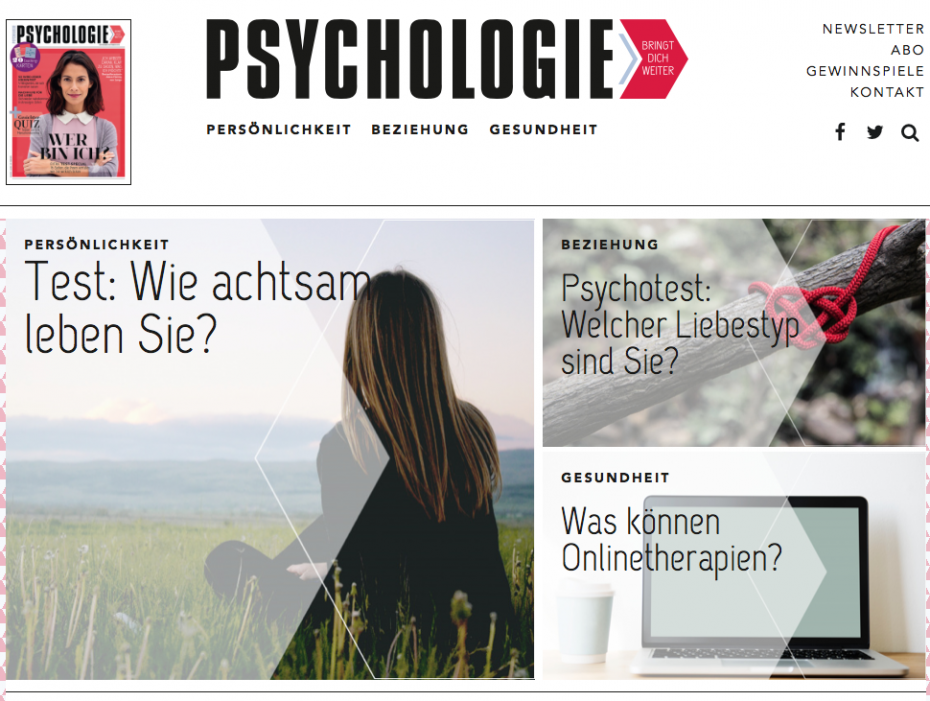 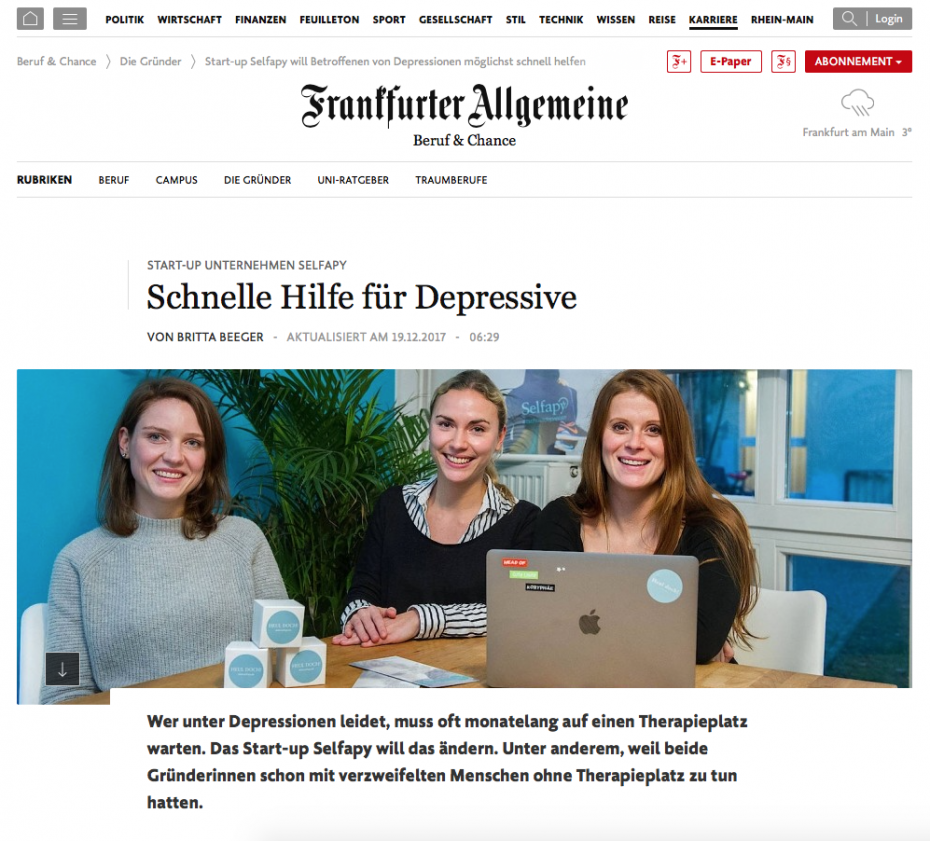 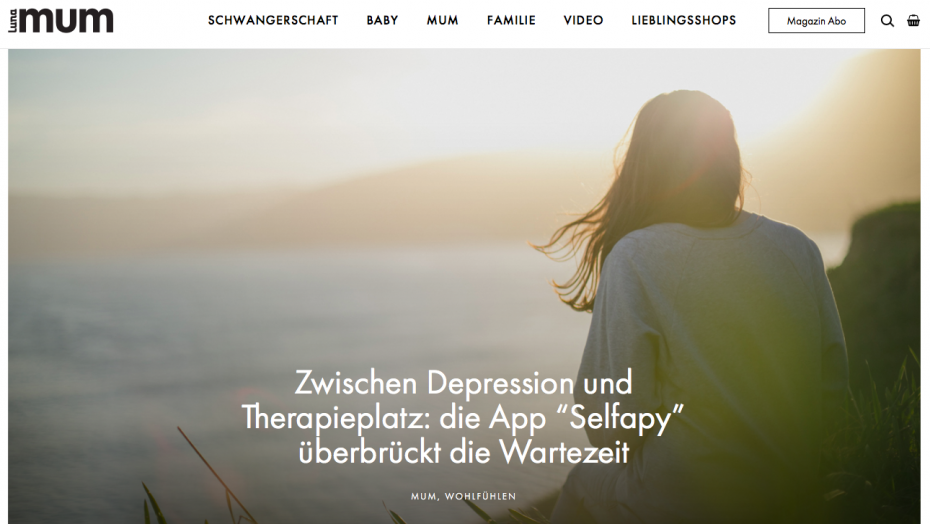 Placing speakers on symposia and conferences: The number of event formats such as congresses, trade fairs, symposia, panels at which exciting personalities and entrepreneurs can speak, has increased exponentially in recent years. Not only media brands have created their own event formats, other event types have also established themselves and received a lot of attention in media coverage as well as on social channels. Since we also want to show the founders and makers behind the products and services whenever possible in communication, speaker formats with a wide reach are an important platform.

With Nora Blum, co-founder of Selfapy, we were able to occupy a speaker seat at a TEDTalk. As a young entrepreneur and thought leader in Digital Health, Nora spoke at TEDTalk in Zurich in 2016.  The Innovation Conference, which originated in California, has now established itself worldwide as a series of lectures that is also becoming increasingly important in education and business. The short video speeches are available for free viewing on the TED Talks website and have already been accessed more than three billion times. With the placement of Noras TEDTalk, we succeeded in creating a long-term and inspiring communication piece that Selfapy can substantially use for internal as well as external stakeholder communication and which is also a valuable tool for us to convince editors of Selfapy’s vision.